Last week I went to Queen’s Park to attend a round table on safety in home renovations and home building. It was organized by Ontario MPP Mike Colle (Eglinton-Lawrence).

The event was inspired at least in part by a horrible tragedy that you are probably aware of. It was in Mr. Colle’s riding that Ryan Pearce, 19, was killed, Sept. 9, when the house in which he was working “pancake” collapsed (i.e., imploded in on itself). The firm this young lad was working for had been hired to do underpinning, renovations and to build addition at the back of the house.

Colle assembled a room full of knowledgeable individuals who span the industry. We shared our ideas on how to stop the recent increase in construction deaths in Ontario.

Ryan Pearce was the first baby born in Meaford, Ont. on New Year’s Day, 1995.  That fact got Ryan in the local newspaper. The tragic news about Ryan on September 9, 2015 should never have happened, and his Mom, Colleen, and the rest of Ryan’s family and friends, have only just begun their long journey to healing.

Mentioning Ryan’s name at Queens Park, and speaking with great passion, was Laura Pollard of Bravehart Construction, who are more than qualified in home underpinning in the Toronto GTA area. Laura was instrumental in creating a new industry association after Ryan’s death called: Consumer-General Contractor Connection. org. Their mandate is to train and run a certification program for those general contractors undertaking ‘structural’ projects. Laura said “homeowners need to identify contractors who do structural work and others who only do cosmetic work” and she’s right. I’m proud that Laura is one of our members at CARAHS.

I was the last to address the room full of peers like: Liuna, Carpenters District Council of Ontario, the Ontario Ministry of Labour, Ontario Formwork Association and another nine organizations. It was very important for me to be there and try to do my best to represent home renovators in the province.

When Mike Colle spoke, I made some notes. One sentence absolutely rang out, for me: “The public thinks safety is automatically there,” he said. This is one of the biggest reasons that we have injuries and fatalities in our industry. Assumptions based on faulty thinking. No, safety is NOT automatically there, on any jobsite, and especially on a home renovation jobsites.

If you think the safety issues on home renovation sites are minor compared with high-rises and big public works projects, think again. George Gritziotis, Ontario’s Chief Prevention Officer from the Ministry of Labour (Mol) pointed out that 65 per cent % of fatalities came from small business contractors.

I asked Mr. Gritziotis about the arrival of the MoL NEW Working at Height Standard (minimum of 6-1/2 hours). Gritziotis announced it has passed. Its arrival will be APRIL 1, 2015. Meaning if you have very recently taken a fall arrest course (2014) you’ll be grandfathered in for 2 years. If your card is over 2 years old – or you don’t possess one, which I see very frequently – I suggest you’d better get a rush on and get compliant soon by calling CARAHS before it’s too late and you’re forced to attend the NEW more intense standards, modules 1 & 2, arriving shortly from the MoL.

Other ideas were knocked around the room like: Information sharing between organizations. This could mean that when you’re caught with non-compliance, WSIB is advised about you!!! How about the re introduction of the $1,500 renovation tax credit for consumers, that was a big hit in the room. The homeowners seemed to crave this dubious offer and it caused a rush. Everything had to be above board and receipts submitted with your contractor’s names on it. What a great way to trace you and catch the underground slugs at the same time. How about a contractor’s black list? I personally think a black list of homeowners who fail to pay is better, but that’s just my opinion!!! What’s your opinion? Tell us here!!!!

What do you do, as a contractor, when your phone stops ringing? When you’ve got no work? Anyone can be affected by […]

When homeowners get three quotes, what are they comparing? Is it the fact that one contractor will be the highest priced, another […]

Ontario legislation protects rights of workers to report injuries to WSIB The Ontario Government passed legislation on Dec. 10 that will provide […] 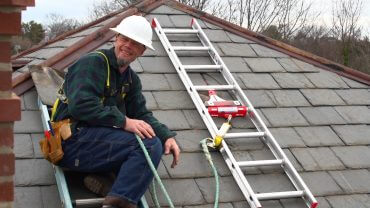 Sign Up to receive the CARAHS Newsletter and other news